by Riley Sager. Apologies to Ira Levin. Guessed the plot a third of the way in. And. As an homage to Rosemary’s Baby in a faux Dakota building, not even close. None of the spine-tingling psychological characterizations. More a Rogue’s gallery of two-dimensional caricatures. A touristy terror tale of Central Park West and the Park. So. Very summer light.

by Sadie Jones. Not about snakes. Not really. Literally. Okay. Maybe a couple. And a skin. Mostly about bad parents (snakes). Rich slum-lord developer British patriarch and his slithering beauty of a wife. Racist gendarmerie in France. Inept, too. A ramshackle hotel. A mystery with a few red herrings. A dysfunctionally banal couple. Pretty cliché. But hey. It’s summer. A pretty good read. If you don’t like happy endings. 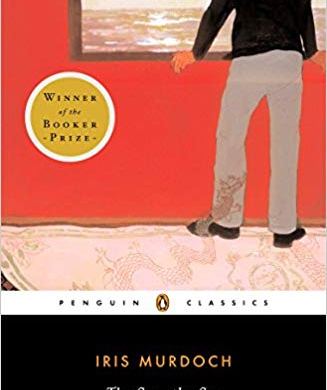 New York Times remembers Iris Murdoch: The Sea The Sea and The Black Prince are two of my favorite reads.

What our Book Club has been reading over the past month: Becoming by Michelle Obama Fear by Bob Woodward An American Marriage by Tayari Jones Manhattan Beach by Jennifer Egan Unsheltered by Barbara Kingsolver The Salt Path by Raynor Winn Tribe by Sebastian Junger

The Joy of Reading

Save Me The Plums

by Ruth Reichl.  Her Gourmet Magazine memoir as its doyenne for a decade from 1999 through 9/11 until the magazine’s demise in 2009. The story of Severine in Paris will blow your mind. Reichl’s writing about food is legend, but her storytelling is wonderful. Reichl’s earlier work Comfort Me With Apples spoke to my own voice. Her time with Alice Waters in Berkeley and her love of great food jumped off the page. It confirmed my decision to write about restaurants in Northampton, Massachusetts. I decided it couldn’t be just a… Read more Save Me The Plums →

by Laura Moriarty. Not to be confused with Liane Moriarty. One of Book-Treks Great Reads. “Moriarty successfully conflates non-fiction and fiction. A soon-to-be famous true-life actress, Louise Brooks, and her chaperone Cora face childhood demons on a trip from Kansas to New York in the 1920’s. Cora’s profound epiphany emanates from her meeting with the past and the realization that life should not be bound by superficial morality.” Speaking of Downton Abbey, Mr. Carson & Mrs. Hughes, conjured in The Remains of the Day… Elizabeth McGovern will be starring in… Read more The Chaperone →

The Remains of the Day

by Kazuo Ishiguro. A life lived. In pre-WWII England future Nazi’s gather at Darlington Hall. Downton Abbey meets Brideshead Revisited. Stevens the Butler has little curiosity about that but rather focuses on what makes a butler great. How does one measure one’s value in this world? Dignity. Loyalty. In the early 1950’s, on a seven-day sojourn away from the Hall after decades of service, Stevens discovers what he’s missed. Or does he? A flat aspect characterizes this man’s inability to connect on an intimate level and the ability to turn… Read more The Remains of the Day →